What Is A Femoral Hernia? 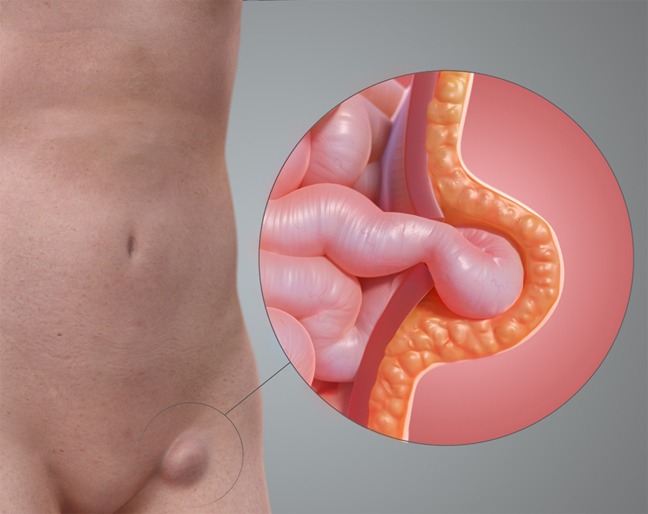 Women are at a higher risk of femoral hernia compared to men. Overall, the condition is not common. Generally, inguinal hernia affects the groin with fewer than 3% hernias being femoral. Symptoms are not caused by most femoral hernia.

However, the condition can cause severe problems if the hernia blocks or obstructs the blood to intestines. This condition is called strangulated hernia and is a medical emergency requiring immediate surgery.

In some cases, you may not realize that you are suffering a femoral hernia unless it is a major condition. In most cases, the bulging is not noticeable at all. Large hernias tend to be more noticeable and can result in discomfort. Bulge may become visible in the groin area near the upper thigh.

Bulging may become worse when you lift heavy objects, stand up, or strain in any way. Many times, the femoral hernia is located close to the hip bone and may result in hip pain.

Severe symptoms may signify that your intestines are getting obstructed in a serious condition called strangulation. Strangulation causes the bowel and intestinal tissue to die. These are a few severe symptoms:

You should seek immediate medical attention if you experience these symptoms. Blood flow of the intestines can be cut off if the hernia obstructs the intestines.

Generally, femoral hernia is not a life threatening or dangerous medical condition. However, strangulation of the hernia can quickly become life-threatening. This needs to be treated immediately through emergency surgery. The bowel, as estimated by the British Hernia Center, only survives for 8 – 12 hours roughly following strangulation. This makes it critical that you seek immediate medical attention if you experience any severe symptoms.

Repairing of femoral strangulation is safe and simple with little risk. You should be able to resume light activities within 2 weeks. Most people recover fully within 6 weeks. Femoral hernia recurrence is very low. Only 1% people suffering from femoral hernia are at a risk of recurring hernia.