The Iliofemoral Line : A Radiographic Sign of Acetabular Dysplasia in the Adult Hip

Read the full article here.
Acetabular dysplasia is a painful hip disorder that, when left untreated, can lead to cartilage degeneration and end-stage arthritis.The radiographic detection of dysplasia in adults can have poor reliability without the use of valid parameters. In this study, Dr. Garabekyan of the Southern California Hip Institute along with notable colleagues from Colorado University, showed that the Iliofemoral line (IFL) parameter is a reliable and accurate marker of frank and borderline acetabular dysplasia. The use of this parameter is an additional tool for earlier detection of dysplasia in young adults with hip pain. 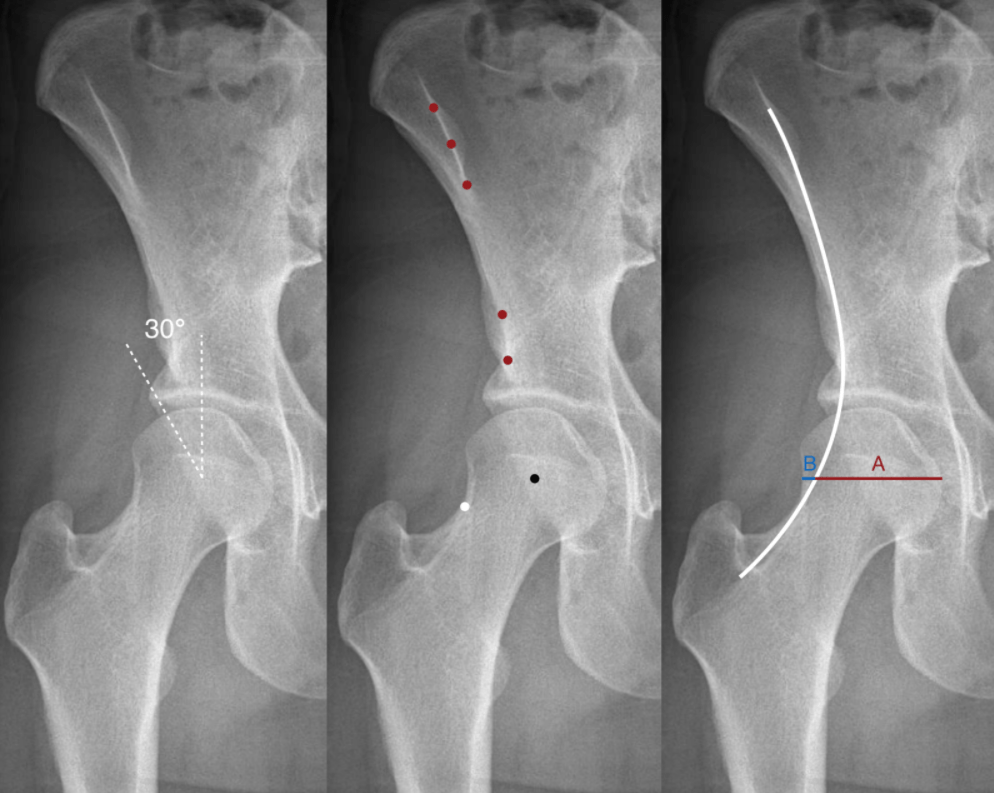 The IFL is a radiographic measurement defined as the smooth line extending from the apex of the concavity of the lateral femoral neck through the inner cortical lip of the ilium on an AP pelvis radiograph (Figure 1).  Percent medialization of the IFL is calculated by measuring the horizontal distance from the IFL to the lateral femoral head (B) and dividing by the femoral head diameter (A, B) (right image). 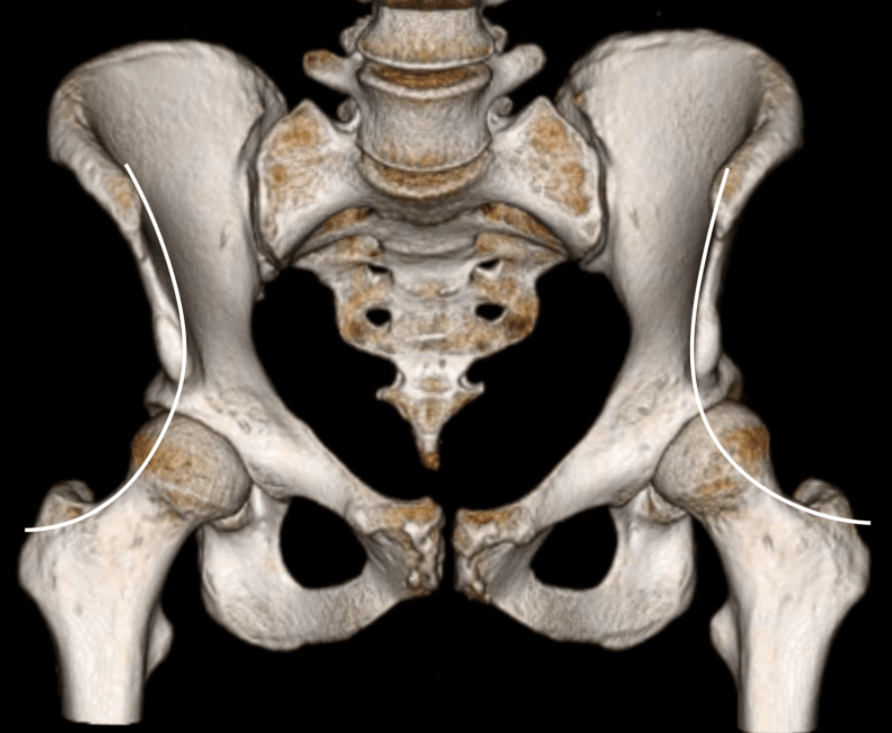 Three-dimensional reconstruction of the pelvis and bilateral hip joints from a computed tomography (CT) scan also illustrates the concept of the iliofemoral line (IFL) (solid white lines). In hips with acetabular overcoverage, the IFL is tangential to the femoral head or may even lie completely lateral to the head (Figure 2). As lateral coverage is reduced or the hip center is shifted superolaterally (as in varying degrees of dysplasia), the IFL increasingly intersects the femoral head, leaving a progressively greater percentage of the head lying lateral to the IFL.

In these cases, medialization of the IFL is quantitatively measured as the horizontal distance between the femoral head line  segment lying lateral to the IFL as a percentage of the entire horizontal femoral head width measured, at the center of the femoral head. Although the IFL is a quantifiable measure, a high value of percent medialization of the IFL may be easily detected visually without necessitating an exact measurement. 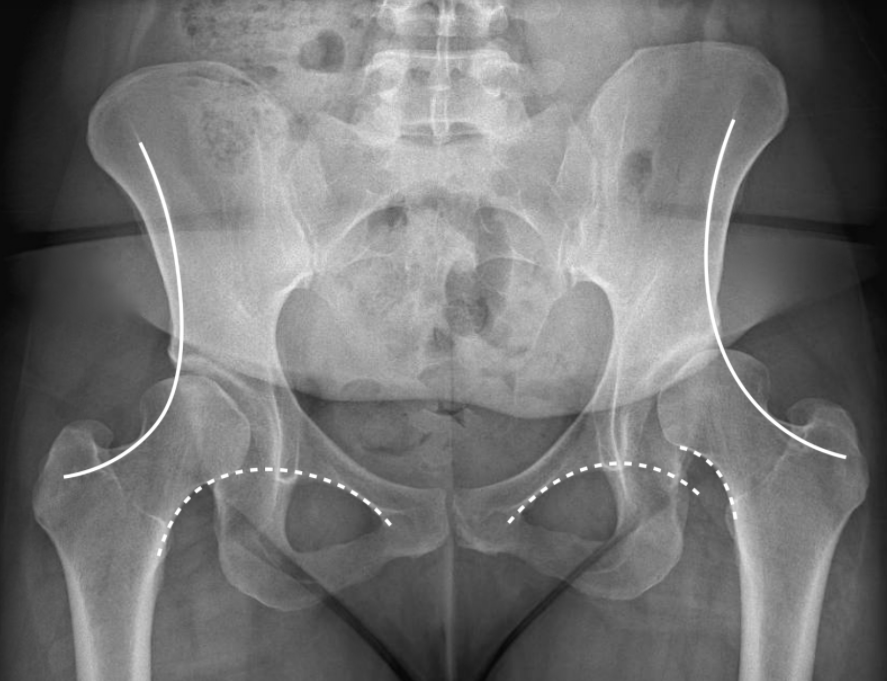 Figure 3 displays the Shenton line, which is continuous on the right and broken on the left (dashed white lines), indicating a superolateral left hip center. The IFL line is drawn on both sides (solid white lines) and enables rapid, qualitative visual identification of dysplastic undercoverage of the right femoral head, despite having a continuous Shenton line.

This study depicts a significantly higher sensitivity of the IFL in detecting borderline hip dysplasia compared with the Shenton line (62% vs 3.7%,respectively). Thus, the use of the IFL may detect mild cases of hip instability associated with acetabular dysplasia that otherwise may go undiagnosed and untreated.