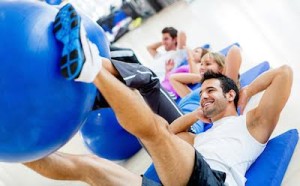 IT band becomes excessively tight, it can cause inflammation and pain around the knee. In most cases, the condition can be resolved without orthopedic surgery.

Southern California Hip Institute (SCHI), led by board certified orthopedic surgeon Dr. Tigran Garabekyan, provides treatment for the hip and knee to patients in North Hollywood, Los Angeles, and surrounding locations in this part of the southwest.

There are many factors which can increase the risk of a person developing IT band syndrome. While the patient can prevent some of these factors, they do not have control over others.

Causes for the Development of IT Band Syndrome

In technical terms, the IT band syndrome is an injury caused by overuse. However, this is a misleading classification as there are various other factors that lead to this condition as well.

Regardless, approaching IT band syndrome as an overuse injury is a vital initial step towards recovery. The patient may need to alter their training schedule as well as undertake icing and resting for some days. This can aid in avoiding repetition.

Patients should consider that overuse us typically one of the reasons for the development of the IT band syndrome. There are typically various other reasons that may lead to the knee pain. Therefore, the patient may need additional interventions.

A key cause leading to IT band syndrome is tight muscles in the hip or along the leg. These tissues are interconnected. This means that despite the pain being felt in the knee, the hips may be the site that requires medical attention.

Stanford researchers have found that weak muscles in the hips can be a key reason for people developing the IT band syndrome. Weak hip muscles tend to cause a breakdown in the running form which puts a strain on the knee tissues. The patient can strengthen the most frequently impacted muscles by following the exercises that the doctor recommends.

At times, resolving IT band syndrome involves making simple changes in the way the patient runs. Engaging a professional to assess the running gait can throw up issues that the patient never noticed. Common problems that cause poor running form are over-striding (taking excessively long steps) as well as strides that cross the body’s midline.

These running mistakes are easily noticeable and can even be identified by an experienced runner. But sometimes there may be a more subtle breakdown in the form which may require video gait analysis.