Hip Arthroscopy vs Periacetabular Osteotomy (PAO): What Is The Best Treatment for Hip Dysplasia? A Case Example 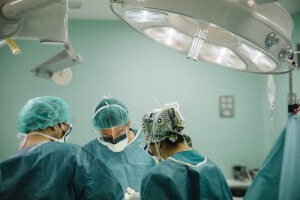 Patients with hip dysplasia suffer from hip instability or excessive play in the hip joint due to insufficient bony coverage. The socket (acetabulum) lacks depth and is poorly suited to support the ball (femoral head) during weight bearing activities. As a result, over time the hip accumulates tears in the labrum and cartilage that ultimately result in hip arthritis.

Hip instability is a multifactorial problem that arises when there are abnormalities in the socket (hip dysplasia), the labrum, the ligaments supporting the hip joint (capsule), or the femoral bone rotation (femoral torsion). Often we see a combination of abnormalities and have to use clinical judgment in weighing the relative contribution of each. Abnormalities in the socket and femur are quantified through advanced imaging studies (MRI and CT) and treatment is tailored to each patient’s unique pathology.

Hip arthroscopy is an attractive treatment option due to its minimally invasive nature and accelerated rehabilitation. However, it must be applied with caution to patients diagnosed with hip dysplasia, as there are limits to what can be corrected with an arthroscopic treatment. Arthroscopy enables us to treat labral tears, cartilage tears, bony impingement, and capsular laxity (or looseness). It is largely a “soft tissue” approach to treating hip instability. As such, patients who suffer from instability due to a significant underlying bony deficiency may not be ideal candidates for this approach and should be considered for a bony realignment procedure such as a periacetabular osteotomy (PAO) or derotational femoral osteotomy (DFO). Otherwise, the hip arthroscopy will fail to address the underlying problem and the tears will recur leading to poor outcomes.

Unfortunately, this is not an uncommon scenario given that most patients and physicians perceive PAO to be a “big” surgery with significant downtime – one to be avoided at almost all cost. At Southern California Hip Institute, we are striving to change that perception by performing minimally invasive PAO with accelerated recovery.

Here is a case example of a 32 year-old woman who came to us with left hip pain for two years, having previously been treated with hip arthroscopy and labral repair (Figure 1). 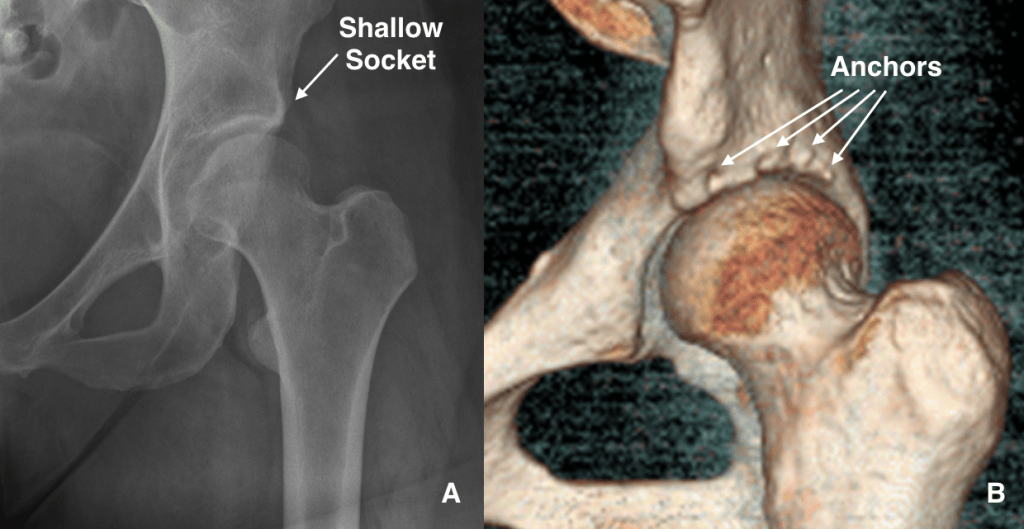 Despite the surgery being carried out by a technically proficient arthroscopist, she failed to improve and within 6 months was worse than she started. She gained weight and fell into a depression, feeling that her former life was slipping through her hands.   Fortunately, she found us in time before significant arthritic change had occurred in her hip and was a good candidate for minimally invasive PAO (Figures 2 and 3). 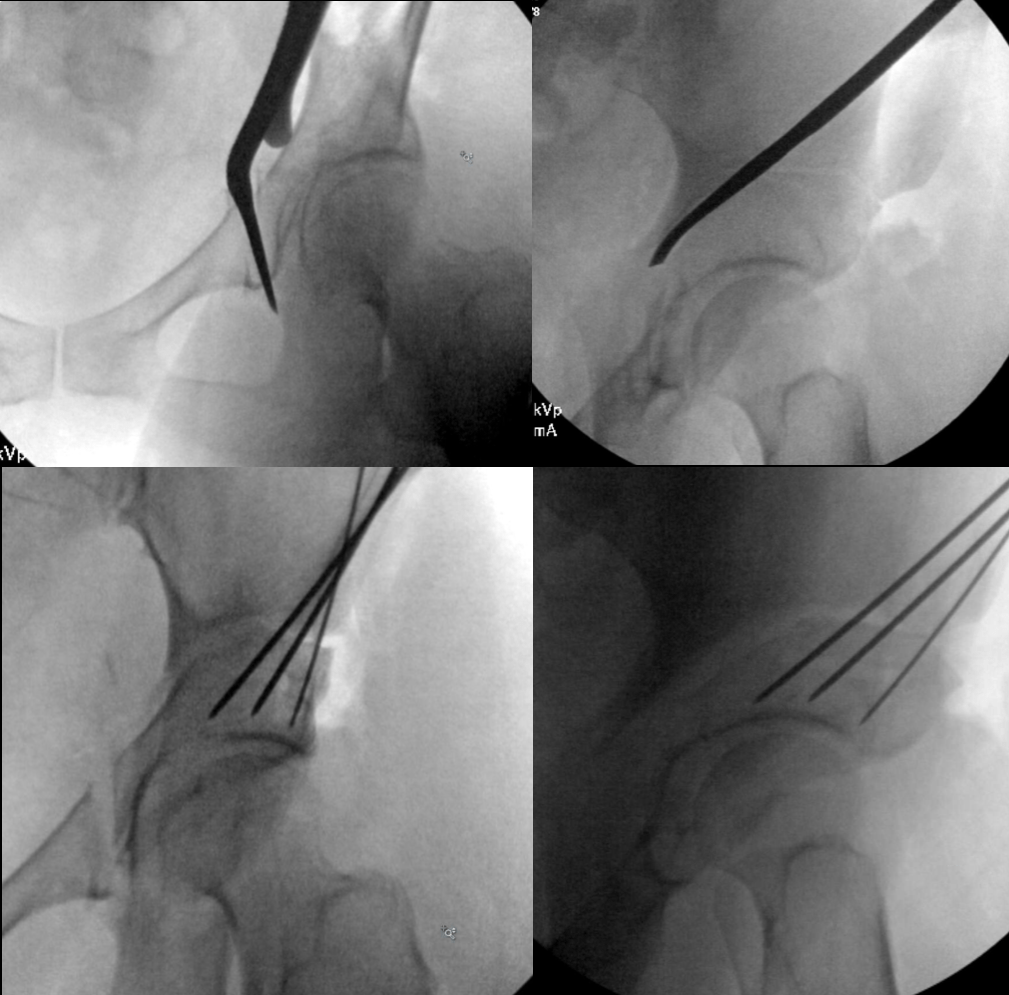 The accelerated rehabilitation program enabled her to bear weight immediately following surgery and by six weeks she was walking without crutches. She was able to lose the weight and is back to running trails once again.

At Southern California Hip Institute we are striving to change the perception of what it is like to undergo and recover from a periacetabular osteotomy (PAO) by using cutting edge techniques, multimodal pain management, and accelerated rehabilitation.